CSEM SA is a privately held company founded in 1984 focused on R&D in microtechnology and advanced system engineering and with core competencies in microelectronics, micromechanics, photonics, microrobotics, assembly and high-performance embedded software systems. 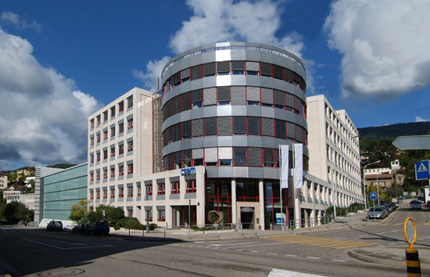 The activities of CSEM in the domain of vision are mainly focused on imaging systems of ultimate performance (in terms of power consumption, high-speed, dynamic range, sensitivity) as well as imagers with on chip and pixel-level signal-processing functionality. Specific know-how embraces thorough knowledge of semiconductor physics and devices, analogue and mixed-signal circuit design, analogue and digital control electronics for integrated image sensors, as well as firmware, algorithmic, software, optics design and system engineering for vision systems.

The original focus on the development of hardware is today complemented by a strong activity in the domain of algorithmic and image processing, with a special emphasis on algorithms and their implementation in embedded systems with limited resources (computing power / size).

CSEM is the worldwide leader in electronic 3D imaging based on Time-Of-Flight (TOF) cameras. These miniaturized TOF cameras can deliver in real-time 3D images with up to mm resolution. First products are currently under development notably for the automotive and doors/gates industries. This groundbreaking 3D camera technology was awarded numerous awards including the IST Grand Prize 2004, the “Swiss Technology Award” in the categories “Inventing the Future” and “Managing Information” as well as the “Photonics Circle of Excellence Award”.

In PRoVisG CSEM will mainly contribute with the adaptation of an ultra-compact and light-weight triangulation camera with a field of view (FOV) of 360°. This will allow setting a reference frame for the acquisition of further high-resolution 2D and 3D images covering however a smaller FOV. CSEM will also adapt its unique 3D TOF camera platform to the specific needs of PRoVisG.

Hans-Rudolf Graf received a M.S. degree in Electrical Engineering from ETH in Zurich, Switzerland, in 1997. From 1997 to 1999 he was with Kapsch GmbH in Kloten, Switzerland as an R&D engineer in the field of automotive embedded systems. From 1999 to 2002 he worked at Alcatel/Nextream in Zurich, Switzerland, in the field of professional MPEG-2 video encoders and decoders. From 2002 to 2005 he was with BridgeCo in Duebendorf, Switzerland, in the field of microprocessor architecture, design and verification, for audio and video streaming over computer networks in consumer products. Since 2006 he is project leader at CSEM, focusing on the development of software and digital chips for image processing, network communication and cryptography.

We use cookies to ensure that we give you the best experience on our website. If you continue to use this site we will assume that you are happy with it. OK