Since 1998, OSU has been collaborating with the JPL Computer Vision Group to develop bundle-adjustment methods for high-precision Mars lander and rover image processing and their application to landing-site suitability assessment, high-precision lander/rover localization, and detailed landing-site mapping. The developed techniques and system have been successfully employed in the MER 2003 mission. For MER mission operations, the Lab has produced accurate daily traverse maps, hundreds of DTMs and orthographic maps, dozens of 3D crater models, and 3D maps of large topographic features created from thousands of Pancam and Navcam images. These products are disseminated through a unique WebGIS system developed and hosted by OSU, and have been extensively used in strategic planning and tactical rover operations. Supported by the NASA Mars Technology Program and the NASA Applied Information System Research Program, the Lab has been developing new technologies for autonomous long-range rover localization using rover images and methods for the integration of orbital, descent and ground images for enhanced topographic mapping and rover localization. 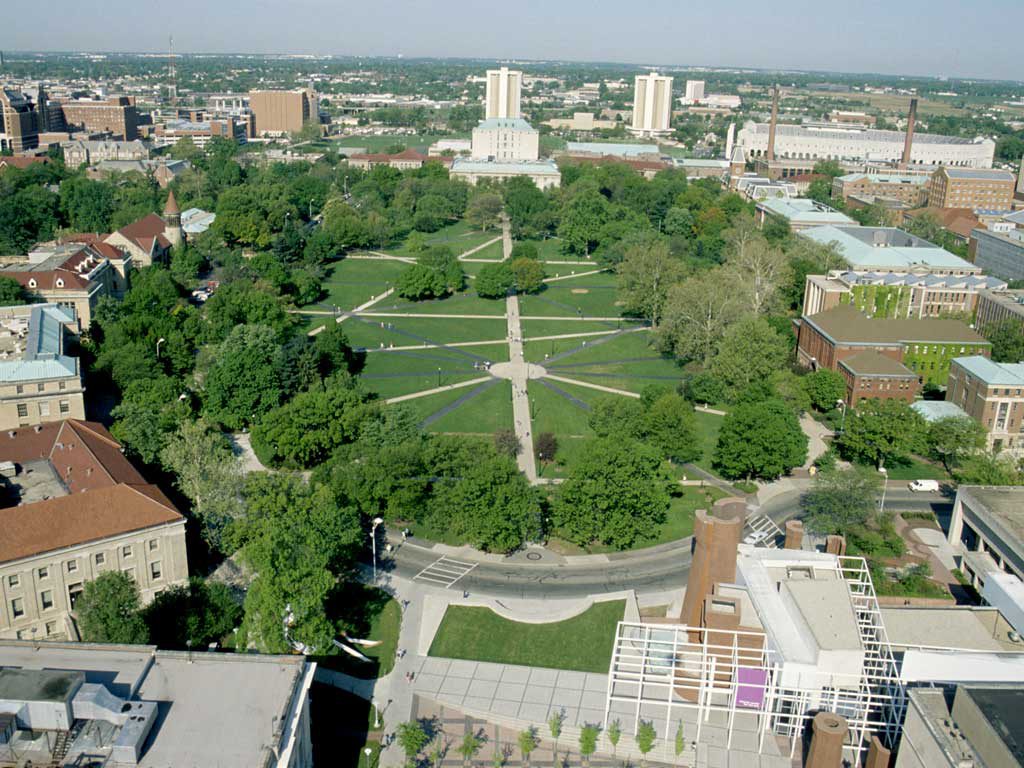 Currently, the Lab is collaborating with the NASA Glenn Research Center (GRC), University of California Berkeley and the Massachusetts Institute of Technology to develop new lunar navigation methodologies and to enhance lunar astronaut orientation capabilities for future lunar manned missions. In addition to the above research, the Lab is participating in NASA Lunar Reconnaissance Orbiter (LRO) research on integration of Lunar Reconnaissance Orbiter Camera (LROC) and Lunar Orbiter Laser Altimeter (LOLA) data for near real-time precision lunar topographic mapping and landing-site assessment.

From 2004-2008 Dr. Li was Chair of the ISPRS Inter-Commission Working Group I/V “Autonomous Vehicle Navigation”, and from 1996-2004 he chaired the ISPRS Working Group II/1 “Real-time Mapping Technology”. From 2002-2003 he was a member of the Committee on National Needs for Coastal Mapping and Charting, National Academies of Sciences.

Since 2008, Dr. Li has been Editor-in-Chief of the international Journal of Marine Geodesy, for which he was previously an associate editor and a guest editor of three Special Issues on Coastal and Marine GIS. His research interests include planetary exploration, digital mapping, spatial data structures, coastal and marine GIS, photogrammetry and remote sensing.

Dr. Bo Wu currently is a Research Scientist at the Mapping & GIS Lab. He came to OSU as a Postdoctoral Researcher in 2006. Dr. Wu received his Ph.D. in Photogrammetry and Remote Sensing from the State Key Laboratory of Information Engineering in Surveying Mapping and Remote Sensing, Wuhan University, China, in 2006.

Dr. Min Tang is a Postdoctoral Researcher who has worked at the Mapping and GIS Laboratory since 2008. He received his Ph.D. in Photogrammetry and Remote Sensing from Wuhan University in 2008. From 1999-2008 he was a software engineer at Supresoft Software.

Wei Wang is a Graduate Research Assistant at the Mapping & GIS Lab and a Ph.D. student in mapping and GIS. He received his M.S. degree in 2008 from Tongji University. Currently Wei is responsible for creating daily rover positioning and mapping for MER 2003 operations.

We use cookies to ensure that we give you the best experience on our website. If you continue to use this site we will assume that you are happy with it. OK