The Faculty of Electronics and Physical Sciences (FEPS) at the University of Surrey has a leading research team whose aim is to underpin the technical development of the small satellite industry through its advanced research programme. The Surrey Space Centre (SSC) develops new innovative technologies which are exploited by the burgeoning small satellite industry, including the University of Surrey’s commercial company Surrey Satellite Technology Limited (SSTL). The academic programme provides enhanced capabilities for satellites whilst maintaining a low cost platform and exploits the latest in off-the-shelf technologies. This has proved sufficiently successful that now even large space agencies such as NASA and ESA are developing small satellite programmes, realising that these technically advanced small satellite systems are highly capable and provide a low cost and short lead time for missions. The market for small satellites has also recently grown immensely with the emergence of many new end users who can afford to exploit space, such as monitoring hard-to-visit utility meters. 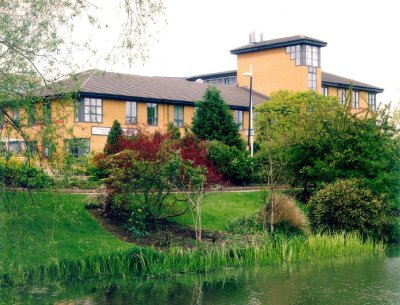 As well as the technological advances, the academic team supports training of people to enter the space industry by providing them with the unique opportunity of developing theoretical skills accompanied by hands on access to real satellites and missions. The Centre aims to provide a broad curriculum for the study of all aspects of space from satellite engineering through modelling to applications and space law. As well as the taught courses within the University, the academic team also supports the commercial activity through the Know-How transfer programmes. These programmes train engineers from other countries to design and build their own satellites, mission planning and post launch operations.

The Surrey Space Centre has a strong vision for the future – reaching out for Lunar and interplanetary satellite missions and continuing to provide the world’s best training for satellite engineers. The synergy between academic and commercial activites will drive this development, the commercial reality focussing research on practical problems with hands on experience. The Centre aims to tap the most advanced technological research for the practical benefit of commercial customers.

Karin Shala received her M.Sc. degree in Electrical Engineering from Graz University of Technology in 2007. She has worked as a software engineer for Infineon Technologies Austria for several years and joined the Space Research Institute of the Austrian Academy of Sciences for her master’s thesis in 2006, and later for a full time position working on digital and analog design for an instrument on NASA’s MMS mission. She joined the Autonomy Group at Surrey Space Centre in October 2008 and is currently working on her PhD research under the supervision of Dr. Yang Gao. Her research focuses on vision-based autonomous navigation of planetary rovers, especially feature detection and matching for real-time localisation and mapping.

Dr. Said Al-Milli received his M.Eng degree in computer-aided mechanical engineering from King’s College London in 2005. He then joined the mechatronics research group at King’s College where he developed a manoeuvrability prediction algorithm for tracked vehicles traversing on deformable terrain and was awarded his PhD degree in mechanical engineering in 2010. Said then joined the Artificial Intelligence & Autonomy Group at Surrey Space Centre as a research fellow and is currently responsible for the development of the Surrey Rover Autonomy Software & Hardware Testbed (SMART).