The Mullard Space Science Laboratory (MSSL), also known as UCL’s Department of Space and Climate Physics, is the UK’s largest university-based space research group, which celebrated its 40th anniversary in 2008. Since the first director Sir Robert Boyd (1922-2004) formally opened the site in Holmbury St Mary in 1967 as a result of a donation of Mullard Ltd to UCL in 1965, MSSL has participated in over 35 satellite missions and over 200 rocket experiments and has flown instruments on spacecraft built by all of the major space agencies, e.g., NASA, ESA, Japan, USSR/Russia, China, etc. ( www.mssl.ucl.ac.uk ) 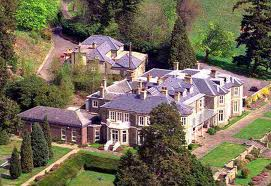 The main MSSL contribution toward ProVisG project is in the field of (radiometric) image pre-processing, derivation of stereo HiRise 3D models and their fusion with ground 3D datasets, web-GIS, development of 3D stereo workstation in collaboration with NASA/JPL, creation of outreach animated visualisations, scientific requirements for the processing results through a small subcontract with the University of Leicester, and specific knowledge about physical, firmware and operational camera setup.

Prof. Jan-Peter Muller, Head of Imaging group at MSSL, has expertise in comparative planetology, planetary science, image processing and mapping over the last 28 years having participated first in the Voyager mission to Jupiter and Saturn (as a graduate intern at JPL) and more recently in the Mars 96 and HRSC projects as a CoI on ESA Mars Express. He has been a science team member of the NASA EOS MODIS (Moderate Resolution Imaging Spectrometer) and MISR (Multiangular Imaging SpectroRadiometer) science teams since 1989 where he was responsible for the successful development and operational production of global terrestrial BRDF/albedo (MODIS) and global cloud-top wind and heights (MISR). He has worked on HRSC for 10 years creating an automated system for crater detection and large area 3D mapping and was co-discoverer of the frozen sea on Mars which was extensively reported around the world in early 2005. He is currently Chairman of the CEOS Working Group on Calibration and Validation Terrain Mapping from satellites Sub-group. He was recently selected as a science team member on the German TerraSAR-X (1m SAR) and TANDEM-X (global 10m DEM) missions. He co-ordinated with Dr Murray a Royal Society summer exhibit “Rough guide to Mars” in July 2006 as well as the Royal Science Day at Buckingham Palace on 24 October 2006. He will direct the UCL aspects of the overall project.